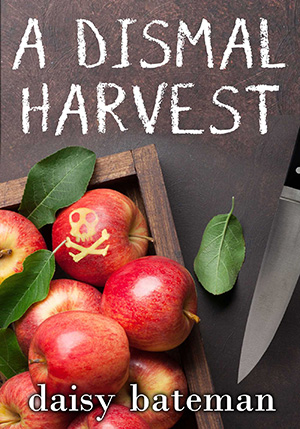 It’s autumn on the Sonoma Coast, and Claudia Simcoe is sure that the gourmet harvest dinner being held at her artisan marketplace will wipe away any memories of the unpleasantness last summer. But then the newly installed video surveillance system shows local lawyer Clark Gowan removing something from a hidden compartment in the marketplace walls… and Claudia’s visit to his office the next day reveals that he’s dead, shot with one of his own vintage guns.

The town’s new no-nonsense police chief wants to know about the compartment, but she’s more interested in the fact that Julie Muller, famed cheesemaker and one of Claudia’s tenants, broke in to Gowan’s office the night before he was killed. Concerned for her friend, and also about the revelation that Gowan, who was involved in the sale of the marketplace building, was not entirely on the up and up, Claudia is determined to learn more.

The building’s Prohibition-era history offers some clues, and the victim’s illegal legal work turns out to have affected a number of people in town, from Julie to the farm museum he cheated out of a significant amount of land. Meanwhile, Claudia still has a marketplace to run, and she is more confused than anyone when it comes to her relationship, or lack-thereof, with her craft-beer-making neighbor.

Still, Claudia thinks she’s getting a hand on this investigating thing, until another gruesome death, secrets from her building’s past, and a low-speed tractor chase make her wonder if she’s really ready to reap what she’s sown. 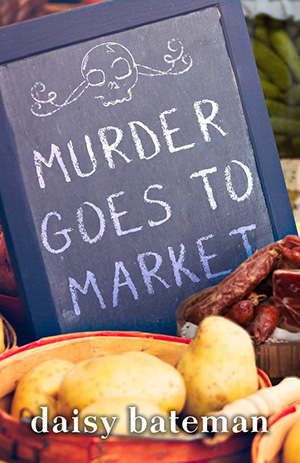 Nominated for the Lefty Award for Best Debut Mystery Novel!

“This foodie cozy is not too sweet, and not too sharp, but juuuust right. The setting—a farm-to-fork marketplace and cottage by the sea in California—pulls us in on page one and the day-dream is complete when we meet Claudia Simcoe, who’s a BFF waiting to happen. Of course, murder gets in the way but the plot is tight, the twists convincing, and the resolution nicely sprung. And did I say it’s laugh-out-loud funny?”
—Catriona McPherson, author of Mary Higgins Clark award finalist Strangers at the Gate

If you had asked computer programmer Claudia Simcoe what she expected to come of her leaving San Francisco for the California coast to open a farm-to-table marketplace, “assembles a mismatched team to investigate a murder” would not have been her first guess.

Lori Roth is one of the tenants of the market, or she had been until Claudia learned that the hands making her “hand-dyed” textiles belong to overseas factory workers. Claudia terminates Lori’s lease, but her hopes that this will be the last she sees of her problem tenant are dashed when she arrives at the marketplace the next morning to find Lori dead, hit over the head with a jar of pickles and strangled with a cheese wire.

The police chief thinks Claudia looks like an easy pick to be the killer, and he closes the marketplace to put the pressure on her. So, Claudia has no choice but to solve the mystery herself. Relying on the tech skills from her previous life and some help from her quirky new friends, Claudia races to save her business and herself before the killer adds her to the region’s local, artisanal murders.

Praise for Daisy Bateman and Murder Goes To Market

“A pleasing debut for a complicated sleuth in this up-to-date take on the cozy mystery.”
—Kirkus Reviews

“There’s nothing like a good murder weapon, and Daisy Bateman delivers, with several, including a jar of pickles, a cheese wire, and a butcher knife. Bateman brings us Claudia Simcoe, a smart businesswoman and manager of an artisanal market who knows her way around software, her tenants’ two-year gouda, and the occasional goose. Claudia is a rich character who gets into the kind of trouble we love: tracking down a murderer who has not only killed, but pushed Claudia to the top of the suspect list. Bateman writes with confidence, providing descriptions that are a sensory delight, whether of frittatas or splendorous bay and ocean views, and a crew of characters who stand out as unique and unpredictable individuals. We hold our breath as Claudia investigates, sometimes sneaking around, other times frighteningly out in the open, but always holding our attention.”
—Camille Minichino, author of five mystery series

“This is my favorite debut novel ever. Bateman’s wit, warmth, and charming depth of descriptive power don’t just leap off the page, they welcome you into the company of such splendid characters you won’t want to leave. Pick your coziest chair, bring snacks, and don’t forget to hydrate. May she write fast: I can’t wait to devour her next book.”
—Cornelia Read, author of the Edgar Award-nominated debut A Field of Darkness

“Murder Goes to Market is perfect for any reader in the market for mystery. You’ll find a puzzling whodunnit, an endearing amateur sleuth to root for and, in bucolic San Elmo, California, a setting you’ll wish you could visit. And it’s all handcrafted by the finest local artisans. (Well, or wonderfully written by Daisy Bateman, anyway.) Plop a copy into your shopping basket today!”
—Steve Hockensmith, Edgar finalist author of Holmes on the Range

“In this charming debut, Daisy Bateman offers a deliciously fresh and funny take on cozy mysteries. Readers will want to spend more time with the irrepressible Claudia Simcoe, not to mention the quirky vendors and customers of her artisanal (but occasionally murderous) market hall located on the atmospheric Sonoma coast. I know I’m already hungry for more Murder Goes to Market!”
—Juliet Blackwell, New York Times bestselling author of the Witchcraft Mysteries and the Haunted Home Renovation series