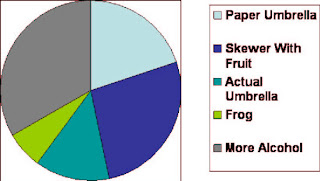 And the answer is clear. What the American People want in their tropical drinks is:

Would it make any difference if it was a crunchy frog?