On our first full day in Tokyo, we wandered over to a public park in Shinjuku, near where we were staying. It cost about two dollars to get in, which I guess I understand, since someone has to pay for wrapping the trees: 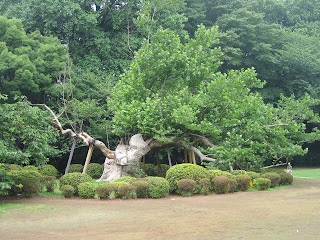 The hydrangeas were in bloom, and there were lots of noisy crows (not pictured): 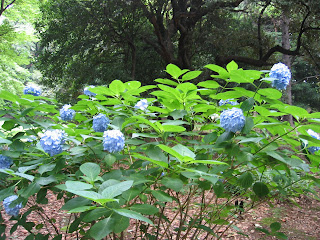 A large section of the park was given over to a traditional Japanese garden, over which you could still see the tall buildings of the city: 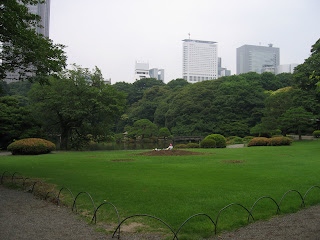 The pond was full of very large carp, who must have been accustomed to being fed, because they swarmed in front of you any time you stepped to the edge of the water, making it possible to stop at just about any point, hold your hand over the water and say “I have the power of carp!” and summon them: 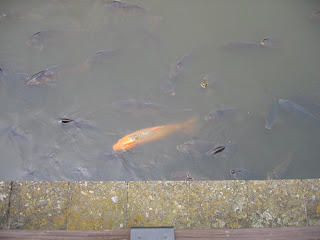 The garden was pretty: 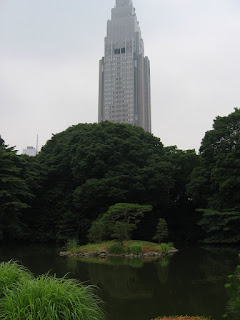 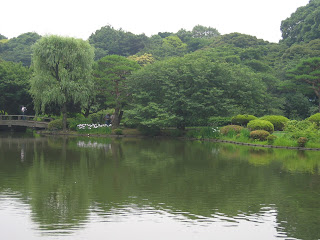 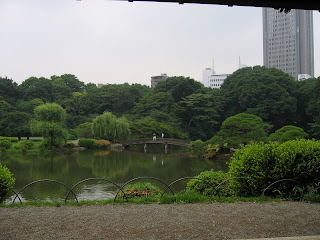 We stopped at a tea house and had ” traditional tea with Japanese sweet”: 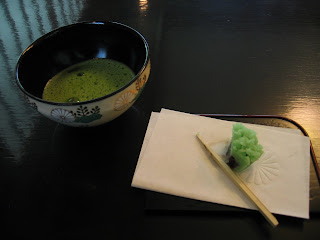 There were more gardens, which were also pretty: 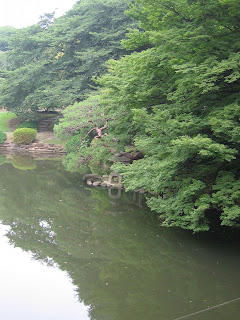 And a big open area where people came to hang out: 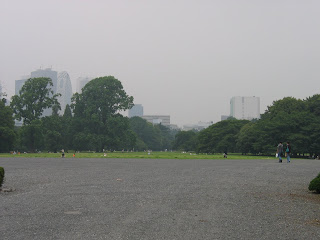 Of course, pictures are nice, but they don’t tell all parts of the story, like the humidity or how I set off the alarm in the bathroom*.

But that’s another story.