Here, by popular demand* are pictures of the famous Gloworm and the squirrel that was in his head: 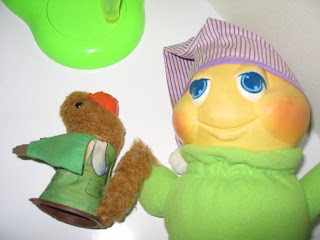 As you can sort of see, the squirrel is dressed as a pilot of some sort, hence his name: Fred. 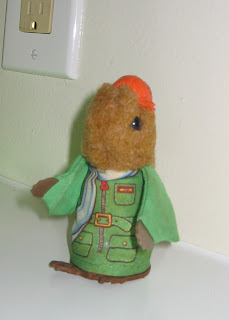 No, really, we’ve been calling him Pilot Squirrel, anything else seems kind of excessive.

Both of the flaps on his hat and one of his feet appear to have been chewed off, possibly indicating that one or more of the Bateman boys was not getting enough plastic in his diet. 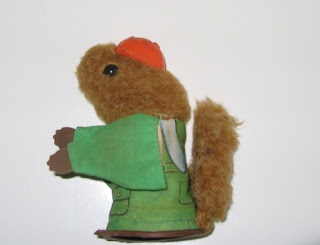 To me, Pilot Squirrel is a symbol of hope. His message is that, no matter how bad things get, even if your hat-flaps and foot have been chewed off and you have been stuck in a Gloworm’s head for twenty years, someday, someone might just come along and pull you out.

And I think those are words we can all live by, don’t you?

*Okay, so only Karen asked. But she’s very popular.

4 thoughts on “Gloworm and Pilot Squirrel: A Parable For Our Times”