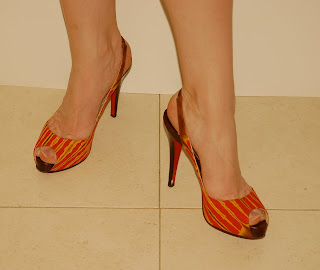 I love these shoes. I even wrote a thank you note to the Federal Government about them. Which is why it pains me so deeply that Ms. Lopez has written a tragically terrible song in which their brand is featured prominently; the kind of cheese-soak ode to conspicuous consumerism that wasn’t that interesting when the Black Eyed Peas did it 2005*, and showed a serious lack of relevance in late 2009.

I’ll admit it, as lovely as they are as shoes, part of my adoration does stem from the brand name, and those famous red soles. But– and I realize that what follows may make no sense at all– it’s about ridiculous luxury and wholly inappropriate glamor, not some sort of dry goods scorekeeping, and certainly not the kind of crass materialism that thinks “luxury” is repeating a brand name over a lame dance beat**.

But, you know what? Whatever. The song was an instant flop and La Lopez showed up at the Oscars looking like she had gotten dressed by running headlong through a UPS store, and my shoes are still cool. So there. 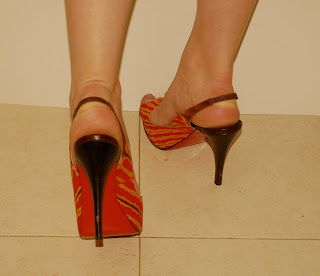 *Though it was ever so slightly redeemed by, of all people, Alanis Morissette.
**I am not linking to the song here, because I really don’t think anyone needs to hear it.