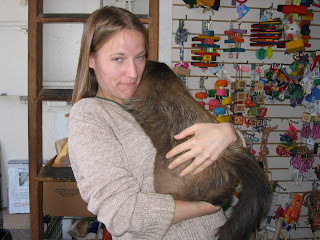 Mary needs some sandals. Let’s help her, shall we?

Mary needs sandals because she has moved to Boston, where they have Humidity, which I understand can make closed-in toes a problem in the summer.* After further questioning, I have determined that Mary is seeking sandals in two categories: Fancy and Not Fancy. Fancy is to be worn during the day, but also with dresses, and possibly out to dinner in the fine watering holes of the greater Boston area. Not Fancy is for regular daily wear– clearing lobsters off the doorstep, making her way through groups of Revolutionary War re-enactors on the way to the grocery store, learning to mispronounce her R’s– and therefore should be more comfortable and, ideally, sweat-resistant.

Got it? Okay, let’s get to the shoes.

These are so Not Fancy as to almost border on orthopedic, but I think they are saved by the slight shine and the narrowness of the straps. 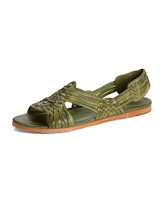 There’s something appealing about this huarache
style (shown, left), and it’s not just that I happen to like the dish of the same name (thank you, Frontera Grill in the Union Square Macy’s). I mean, that helps, but mostly what appeals here is the use of a traditional form with some modern details. Also, I am a big fan of the Frye shoes and their comfort level. Another thing that I am a fan of: shiny stuff. Also: studs.*** 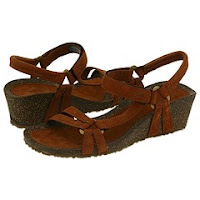 And, do you know what? After all this time and all these shoes, I still have not lost my capacity to be surprised. Take these (right), for instance. They’re Tevas– yes, the same as the brand that those guys in college who were kind of cute but didn’t shower often enough always wore, regardless of the weather, as if at any moment they might be called upon to go rock climbing and they wanted to be ready. But it turns out that they also make some kind of cute stuff; not earth-shattering, mind you, but cute.

Still, these are cuter. Shiny. Shiny. Shiny(left). Shiny. Sparkle! Shiny, but with fun tread, that might detract from the Fancy, but it’s fun so I wanted to include it. Also, I realize probably outside of the budget for the fun-but-weird option, but this is a blog, not a purchase order. 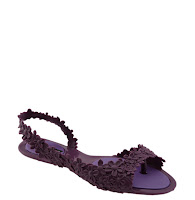 Wedges, because I persist in believing that they are the most comfortable way to buy oneself some height, and can pass for more casual than heels.

And then we have this one, for which I have no excuse. It flies in the the face of my stated aversion to spending any significant amount of money on shoes that can be injection molded, but I just can’t help it: I think they’re pretty.

*You wouldn’t like her when she’s sweaty.**
**Actually, you probably wouldn’t care, but she would be uncomfortable, and that wouldn’t be nice.
***No, not like that. Sheesh.

3 thoughts on “Shoefinder: Sandals for Mary”