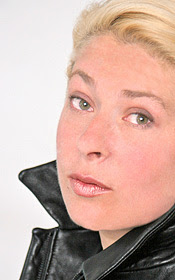 This is Cornelia. She is a writer and she has a new book coming out. A book I love, even though, in the very opening scene, the heroine mocks a woman for wearing stiletto heels. It’s just that good.

A person who has a book that good coming out and is going on a book tour, to support it and to give her fans a chance to fawn over her, that person is going to need some shoes. And not just any shoes (is there really such a thing?). No, she is going to need special shoes.

Special shoes for every stop of her tour. 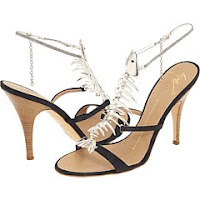 As everyone knows, the primary activity enjoyed by residents of Seattle (colloquially: “Dampies”) is tossing fish around. The practice dates to 1897, when an unusually wet summer caused the salmon to swim up into the middle of the city, and the locals had to run around throwing them back into the ocean in order to preserve the year’s catch. In their honor, the practice continues to this day, and when visiting the city, it is considered a sign of respect to wear shoes relating to their proud tradition. Also comes as flats. 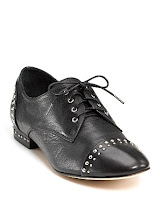 On the other hand, are you sure you really want to fit in in Marin? Wouldn’t you think to do that, you would probably have to wear some sort of all-natural, sustainable/fair trade, extremely expensive but kind of boring heels? But no, thinking that sort of thing would be short-sighted and unkind. Instead, I prefer to see it as an artsy hipster enclave where the residents will have embraced the recent craze for streamlined oxfords and are always excited to welcome a newcomer who understands the value of livening things up with black leather and silver studs, tastefully applied into their midst. 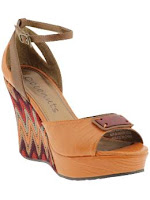 Now this, this is a tough one. You see, San Mateo is where I, personally, live– a bare three blocks from this fine bookstore, no less. So I can hardly make fun of it for being an enclave of yuppies and retirees, where the only shoe store exclusively stocks comfort brands so ugly, that I have never felt even remotely tempted to shop there, because I would only be making fun of myself. And you know I’m not about to do that. So let’s just forget all that and focus on celebrating the fact that at some point in the foreseeable future, a tiki bar is scheduled to open in the downtown area. 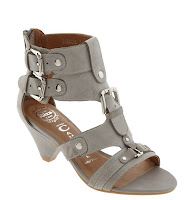 It just so happens that Pasadena is the city where I went to college* (at a school that is, shockingly, not participating in the Madness of March, possibly due to conflicts with robot-fighting tournaments**), and therefore I can say with authority that if Cornelia wants to fit in with the local student population, she should show up wearing ancient sandals that may or may not have at some point been repaired with duct tape.

If, however, she would rather look more like a sane adult, I would suggest something more along the lines of these. 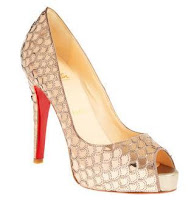 Ah, Los Angeles. Land of sun, sand and faces not found in nature. What shoes are appropriate for a journey into the heart of SoCal? Serious shoes, I think. Shoes that say, “I may not be from here, but I can hold my own against your hottest residents, so bring it, people of El Pueblo de Nuestra Señora la Reina de los Angeles del Río de Porciúncula.”

There are boots, and there are boots. A trip to New York, stock signing or not, calls for the latter. But what kind? High fashion over-the-knee boots? Fun and funky two-tone boots? Kind of badass, just-this-side-of-hooker platform boots? Or sleek, sharp, no-nonsense, flat-out-sexy boots? 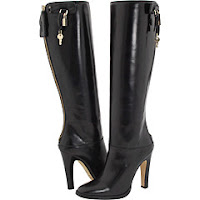 Yeah, I think I’m going with the last one. 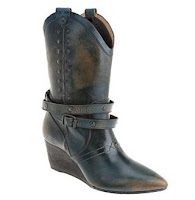 There are, of course, the obvious shoes for Houston. And there’s nothing wrong with that. After all, what’s the point of making sweeping generalizations based on things vaguely heard about a place, if you can’t use them to save you some effort? Besides, cowboy boots are cool.

But Houston is also a city, a city which, for most of the year, does not have a lot of cows just hanging around waiting to be rustled or gotten along, and Cornelia is going to look pretty silly if she goes and shows up in full-on boots out of season. Which is why I am suggesting these; boots that let the people know that she is aware of where she is, but should not be expected to wrangle something at a moment’s notice.

Also, this is unconfirmed, but I have heard reports of an appearance in Vermont.

*In fact, I believe this is the Borders I went to and hung out in for a couple of hours after my first college boyfriend dumped me. I find books very soothing.
**Or possibly because they have not won a game since 1985.