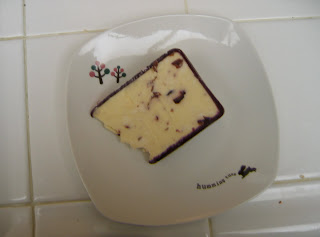 Many years ago, when I was just a wee lass, fresh out of college with only three pairs of shoes to my name, I went on a trip to England. It was a full two months, mostly spent on a backpacking bus between hostels with two of my classmates (and the less said about those aspects, the better), but I did take a small detour on my own to visit the Yorkshire Dales.

It was a place I had always wanted to see, at least since my childhood obsession with James Herriot’s books, where he made it sound like the most beautiful place on earth. Of course, it’s a fairly large area and I didn’t know anything about it, so when I went to choose my place to stay I settled on Wensleydale, made famous by this Wallace and Gromit episode, where they go to the moon to get some cheese and find it tastes like. . . well, you know (and if you don’t, you should watch):
This was my break from 15-pound-a-night hostels, to have a little luxury, so I chose this hotel as my home base for the three nights I was there. I considered it deeply extravagant at the time (though looking at the rates now I realize that, even with the exchange rate being what it is, it costs significantly less that the stay at the Best Western in Ithaca that I just booked for later this month) and enjoyed every minute, even though the dent it put in my budget meant that at least one night dinner consisted of local cheese and crackers, eaten sitting on my bed and marveling at British television.

The cheese was, of course, Wensleydale, purchased from the Wensleydale cheeses visitors’ center in the nearby town. It was crumblier and milder than the one I found here but, oddly, also available with cranberries. Tradition? Coincidence? Who’s to say? I’m just happy to have found this reminder of my insufficiently misspent youth.

And, while we’re on the subject of British cheese, come with me after the jump for my favorite thing about the World Cup. . .

I love the anguished desperation in this one.

It was so cute when the Spice Girls used to pretend they were singing. The dude with the guitar must have been annoyed to get stuck in the middle of this one.

The only one that doesn’t explicitly promise victory which, in retrospect, is probably wise. Is it just me, or does that rapper sound American?


Technically for the European championships in 1996, but possibly the most popular:

I get the impression they’re kind of into their soccer over there.