Something a little different this week, as the hilarious blogger The Rejectionist is running a contest on her site for articles on the topic of “What Form Rejections Mean to Me.” I’ve decided to make mine about shoes, because that’s what I do.

For those of you who do not spend your leisure time mailing manila envelopes to strangers in New York, a little introduction: A form rejection is exactly what it sounds like, a form letter rejecting you, or at least your work. In this case we are talking about rejections from literary agents on the subject of representing your novel, but I’m sure they are available in other areas as well. I don’t blog a lot about my attempts to get published, (except when I succeed) because it’s hard to do without sounding like you’re whining, and I only get to do that on alternate Wednesdays. So, instead, I am going to revert to my natural position of being the rejector, not the rejectee, and tell you why I choose some shoes for the blog over others, and how this relates to the literary world.

Up today: Purple shoes. Why? I’m not sure. It popped into my head a while ago that I would like to have some (non-plastic variety), and I figured there would be a manageable number of them on Zappos for me to go through. So purple it is; now let’s talk about rejecting them.

First, I should point out that this will not be a perfect analogy, because in order for shoes to make it all the way to market they have to be in some way functional as shoes, and if the web’s blogging agents can be believed, the same can not be said for a lot of the books they see*. So this is going to be more about the ones that are there but not quite, like the contestants on American Idol that make it to Hollywood week and get cut in the group round. It’s mostly a subjective judgment– I might find something unacceptable that you think is absolutely charming, and there is room enough in the world for both of our opinions, except that I’m right. 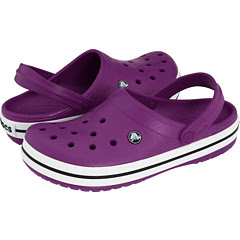 I believe I have made my opinions about Crocs abundantly clear. These get a form rejection because they are not shoes, they are gardening clogs. It’s as if you queried a literary agent, but instead of sending a book you just had an envelope full of pictures of your cat.

Past the expressions of pure evil, we have the hilariously bad: 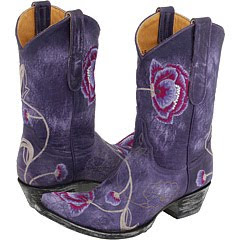 And the just plain not-a-good-idea: 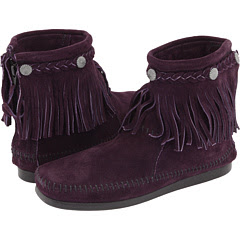 I see these as being kind of like my first novel, a murder mystery set among flower fairies that was so hilariously wrong-headed that I am very glad the blogosphere did not exist in any real way when I was querying it, because I’m pretty sure it would have shown up here.

Beyond the flat-out wrong, we get into the more specific reasons for rejection, such as being something you’ve seen too many times before: 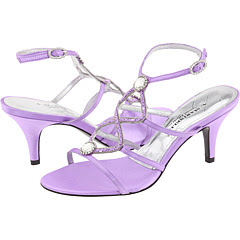 These are the shoe equivalent of a book about an otherworldly being that disguises itself as a high school student and falls in love with an adorably awkward teenage girl.

Something that’s kind of great but would never work in the real world: 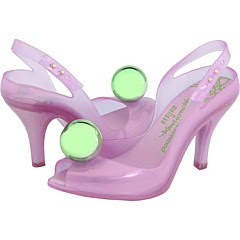 The thing that isn’t what you’re looking for at all: 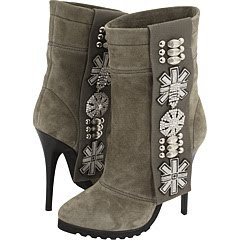 How did these show up in a search restricted to purple shoes? This is like sending a cookbook proposal to someone who only represents literary fiction.

And the simply prohibitively expensive: 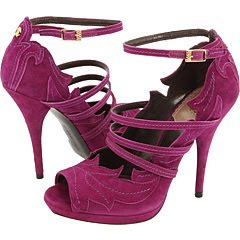 Let’s call this one the brilliant idea that would take too much of the agent’s time and effort to get it ready to sell.

Then, in the most common category, we have the ones that are perfectly nice but just not for me: 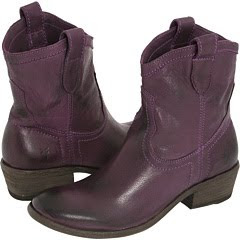 I can’t see buying these for myself, but I might recommend them for someone else.*** This is not a bad thing, but the downside is that if everyone sees them that way, you are going to end up with a pair of unsold shoes on your hands. And, unfortunately, there really is no way to mark down a manuscript for clearance.

And then, finally, we have the ones that work: 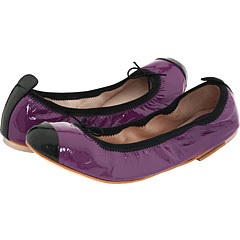 Would they be everyone’s first choice? I hope not, because I’d like to see that price come down a bit more. The point is, they hit the sweet spot for me of being the right shade, the right shape,**** and the right match for what’s already in my wardrobe, without duplicating something I already have. If I was an agent, I would be sending them a request for a full manuscript right now.

*I mean they’re not functional as books. For all I know they might make very nice shoes.
**Not that that’s what I had, but I’m assuming it could be done.
***Speaking of which, does anyone out there need any shoes recommended?
****The wrinkly thing can be off-putting, but I have found it to be very comfortable, particularly for plane rides when your feet end up rather larger when you get off than when you got on.

6 thoughts on “Shoefinder: Form Rejection As Expressed in Shoes, A Photo Essay”