Saturday and Sunday– Let’s put this one in the books. 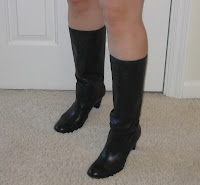 I said I was going to bring my boots, and I did. (I tried them with some floral patterned tights, but in combination with the floral dress I had (Target!), it seemed like a little bit much.) And despite an array of very interesting looking panels, something, possibly related to the open bar on Friday, but I am making no accusations. My apologies to the people who spent great time and effort in constructing and organizing their morning panels, but if it’s any comfort, I probably would have just fallen asleep anyway.

While I was lying in bed, nursing my inexplicable headache, Cameron was out running sixteen miles. Just thought I ought to share that.

In the afternoon, Karen and I attended one panel, along with her three-month-old daughter, Kate. (More on this interaction later.) Moment of the day: When one author started an anecdote with the phrase, “When I was on tour in France” and Karen and I turned to each other with the simultaneous, unspoken thought: “I want to go on a book tour in France.”

Which I’m sure we are both going to do, assuming the people of France have any interest in land-based cephalopods.* Hey, they like Jerry Lewis; anything is possible. 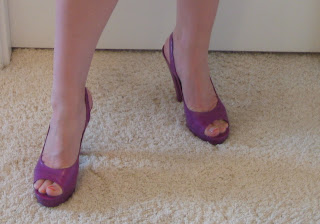 I have to admit, I skipped the disco party on Saturday night. Not that I doubted for a moment that the mystery community can get down with the get down with the best of them, but it was time to celebrate my birthday, and that means only one thing: oysters.


Cameron, ever-obliging,** had made a reservation for us at Foreign Cinema, one of my favorite restaurants in the city where, among other lovely things, they have a most excellent oyster list. (We had a selection of Pacific varieties, in the interest of locavorism. I ate more than my share.)


The book theme of the weekend continued in the movie*** was “Where the Wild Things Are” and when I happened to mention my pre-teen self’s devotion of the Babysitter’s Club books, our waitress, who had just approached, gasped and said that she loved them too. So we had a nice little chat about Summer Specials and who our favorite characters were,***** and it all seemed very appropriate to the event.


As did my dinner, which included pork belly, quail and lamb, otherwise known as “everything I like.” Which is how a birthday dinner really should be.


After a day like that, Sunday was bound to be a letdown. For one thing, I had already worn all of the shoes I had packed, and I couldn’t even repeat the cut-out ankle boots, because on top of everything else it was raining. And by “everything else,” I mean the lemon drop/champagne/wine hangover I was sporting. Ibuprofen, you have been a good friend of mine.


But I did manage to struggle out of bed in time for the Anthony Awards brunch, which was a good thing because otherwise I wouldn’t have been there to see Sophie win for best first novel, and that would have been a damn shame.


After that, it was pretty much all over but the train ride, so Cameron and I caught a cab to the station, back to home and real life through the first rain of the season. Quite frankly, I’m finding reality to be something of a letdown.

*And books about urban assistant-DA’s, but that seems somewhat more likely.
**At least on my birthday.
***The restaurant employs the gimmick of projecting a (usually foreign****) movie on the wall over their patio for ambiance. It’s a neat idea, though frankly, the food is good enough that I really don’t care how they dress the place up.
****Hence the name.
*****She was a Claudia, I was a Mary Ann.