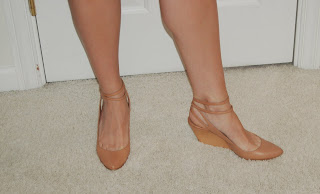 If there is one truth in life, it is that loss is the only constant. So it is with inappropriately maudlin blog post openings, and so also with shoe brands. One of my favorites, Sigerson Morrison (along with its spinoff line, Belle) has just fired its founders/designers/namesakes, and I am moving ahead with the assumption that it will not be the same again. And by “moving ahead” I mean “hoarding examples of the current line like they’re sheets of plywood and a hurricane is coming.” Which was made easier by the fact that virtually everything on their website is marked down by 70%, though it turns out that the stated availability is somewhat deceptive.*

There are, of course, other shoes in the store. But what I loved about the Sigerson Morrison line was that they could manage to be cool and different without veering off into outright lunacy**, and that is something I suspect they will not be able to maintain under the new corporate management.

On the plus side, I may have a slightly easier time holding on to my money.

*This post was going to go up yesterday, except that I had just started writing it when I learned that the majority of my order would not be shipped to me because they did not actually have those items in stock, despite the fact that they were still listed on the site, and I was too annoyed to feel like writing something praising their style.
**Well, mostly.

1 thought on “Shoesday: The Wrong Goodbye”