Who doesn’t occasionally look at the assembled goods in their kitchen and pantry and think, “What the heck, I’ll make soup”? Sane people, probably. But they’re missing out. 1. Assemble the ingredients 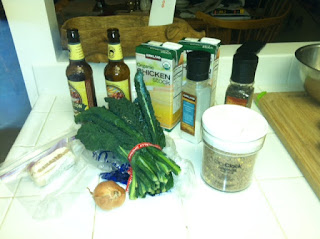 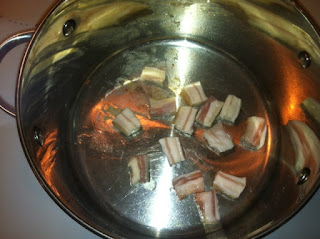 Should have cut it smaller.

3. Chop and add the shallot. 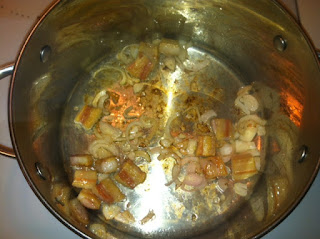 I love shallots. They’re like the onion’s younger, cooler cousin. 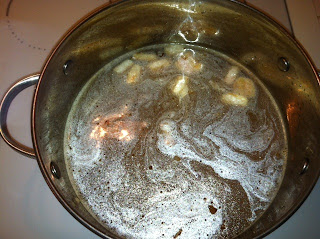 5. Add the stock, bring to a boil, then add the lentils. 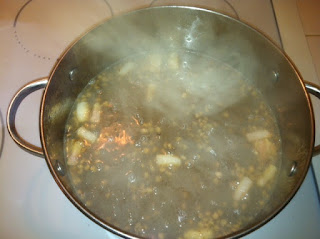 These steps are not very visually interesting. Also, I definitely should have cut the salt pork smaller. 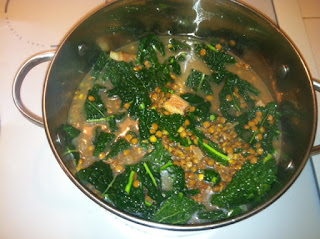 7. Get another carton of stock out of the cupboard and add that. 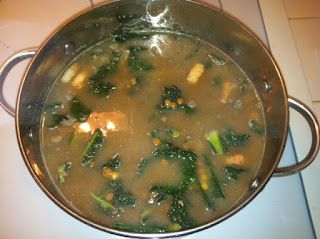 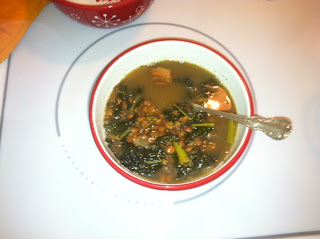 Tasted much better than it looks. Needed more salt.

*Didn’t end up using the pepper.