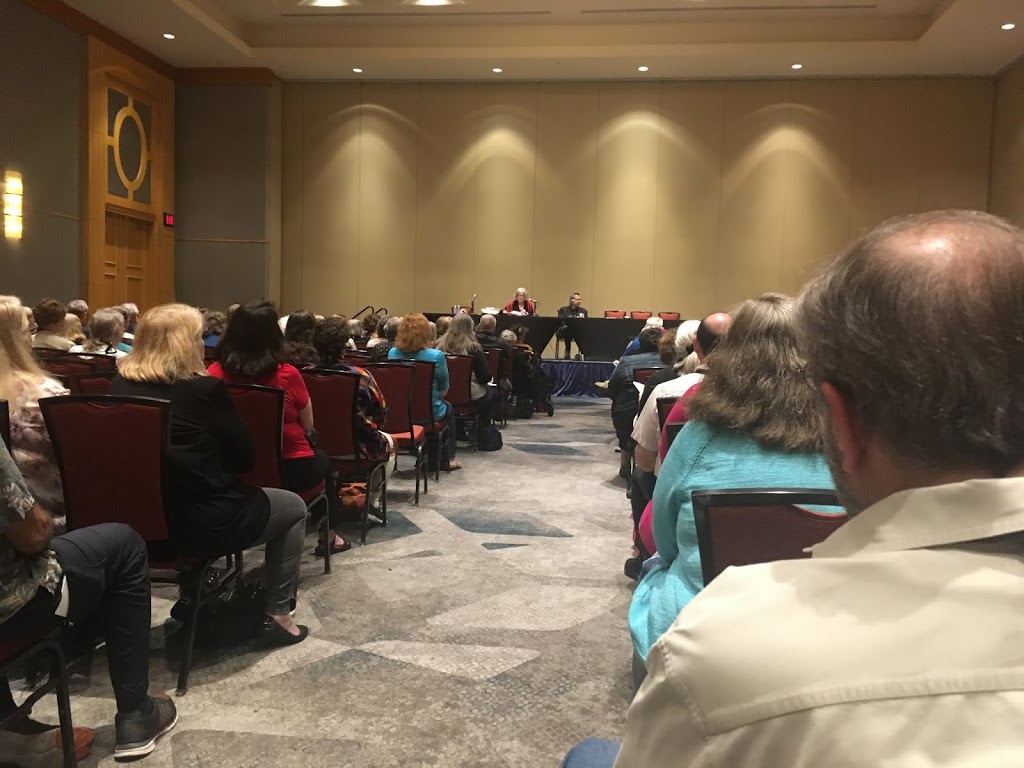 This year, for the first time, I went to Malice Domestic, an annual conference devoted to traditional mysteries and the people who love them. 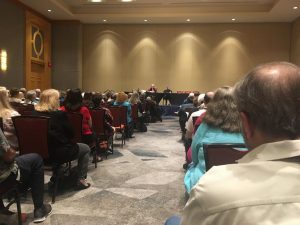 The Marriott was a great venue, but we didn’t exactly have the place to ourselves–On the same night as the opening party, a local high school was holding their prom in the next ballroom over. Which made for an interesting contrast in the crowds, to say the least. 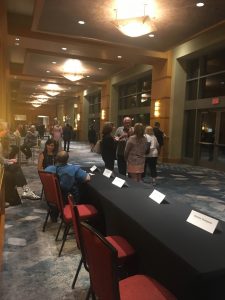 As we were coming by, the DJ was playing a Kanye West’s “Gold Digger,” which had me thinking about these young people and their young people music, until it occurred to me that when that song came out, most of them would have been toddlers.

Speaking of my incredibly advanced age, one thing I am going to have to learn, if I intend to get better at this social media thing, is selfies. I made only one attempt this time, with the help of the selfie-adept and all-around lovely Lori Rader-Day, and I think it turned out all right. Next time, two! 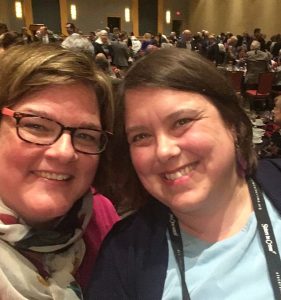 That’s all for now. Until next year!